It increased my cultural awareness and civic consciousness.

A story from Teresa Fernandes

My name is Teresa Fernandes, I’m a project manager in a translation company.

In the second year of college I decided to do Erasmus to improve German language, and deepen my knowledge in a specific professional area that I wanted to explore, translation.

Also because I wanted to have new experiences and meet people from other countries and cultures.

I chose Vienna because of the city itself, culturally rich.

Once I finished Erasmus realized that my German was better. I’ve learned the Viennese and Italian, and improved my Spanish.

I met people from several countries, their cultures and traditions. I felt much richer.

Having contact with people from different countries allowed me to have a greater awareness of Europe, and the world. It increased my cultural awareness and civic consciousness. 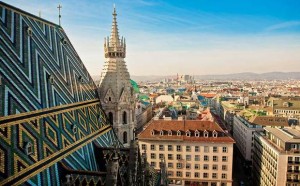