The event was supported by the Youth Directorate of the Council of Europe after the falling of the Iron Courtain involving young participants from Western Europe and Eastern Europe, formal organized in Italy in such formula for the first time ever.

Just being young parent, with family in Romania, shouldn’t longer stay in Italy; later on, two brothers-in-law became citizens of Torino, so far until now they in total collecting more time spent in Italy than in Romania, becoming proud local people there.

I realized that young Italians and young Romanians are similar in all dimensions and that remote experience enforced me when faced discrimination or social exclusion.

Always I recommend mobility experiences. For instance, in my capacity of youth trainer, along years and working with many young people, I encouraged all I had the chance to travel and taste around, because of so many benefits if comparing with isolation.

Moreover, in the recent years in Romania I coordinated a national project dedicated to integrate the legal migrants coming from outside European Union in order to live in Romania, being about a consultation mechanism of migrants, authorities and civil society, in terms of defing problems and finding possible solutions to the issues. Those actions named Migrant in Intercultural Romania www.migrant.ro happened with my organisation, the Intercultural Institute Timisoara, Romania www.intercultural.ro and are – in a way – strong echoes of lived mobility experiences, bridging over time real facts. 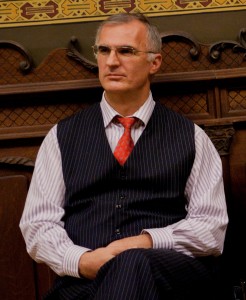